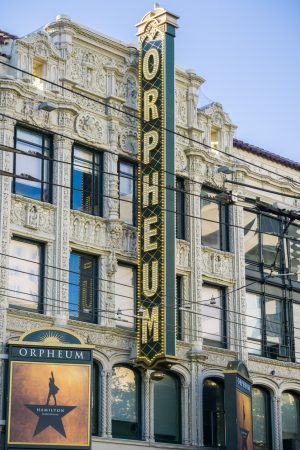 I went to see Hamilton for the second time last week. I listen to the lyrics enough to be able to sing along to most of them, although not the speediest of Lafayette’s raps, even though I keep trying. I love so much about that play—the music, the story, the characters—but the thing that speaks most directly to me is the repeated conflict between waiting and acting, between being satisfied with things as they are and never feeling like it’s enough. Lin Manuel-Miranda personifies this Hamilton who is Non-stopand wrote it well in Burr, who Waits for it. Eliza tries to make Hamilton see that what he already has could be enough, but Angelica understands that he will never be satisfied. It’s the push and pull of these different world views that resonates with me.

I am a person who is rarely satisfied. I have therapy clients to help, I have books to write, I have at least a hundred novels on my shelves to read, I have countries and cities and sites to visit, I have lists of future endeavors to embark upon that I haven’t even tried yet. There is so much to experience in the world, that it seems a waste to sit and breathe.

I try, though. I work hard to enjoy the moment—I meditate, I do yoga, I go to therapy, I make friends who are better at slowing down, I married someone who helps me be still—I even got a tattoo to remind me to live in the now. But my nature tends more toward the non-stop. I don’t want to miss out.

And yet, like Hamilton, this can lead to trouble. It can lead to arrogance, thinking I can do more or know more than others, thinking I am better because I accomplished a longer to-do list. It can also lead to disconnection, being so busy that you miss out on the small, intimate moments. It can also lead to missing out on the most important part of life…the present moment. That’s really all we have, and I miss out on that a lot because I am planning the next one or reviewing the last one.

So I will continue on my journey. I will listen to Eliza sing to Alexander and try to hear her message, try to let her convince me as she tries to convince Hamilton. Yet I know I will also keep listening to Satisfied and Non-Stop and My Shot and know that, really, I want to be like that!