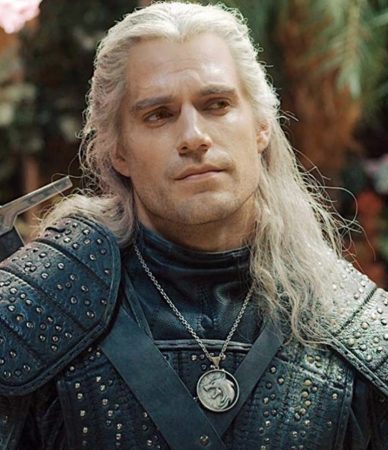 I know my normal blog readership does not closely overlap with those who might watch a fantasy TV show based on a video game. But trust me…this post is still for you. It’s mostly for my three boys, but still for you too.

I just finished watching the eight amazing episodes of The Witcher and can’t get it out of my head. So much so that I’m probably going to re-watch it before too long. I’ll start by owning up to the fact that I have a bit of a crush on Geralt of Rivia. He’s gorgeous in that way that you don’t notice at first but becomes striking as time goes on (like Mr. Darcy in Pride and Prejudice). He’s also the tormented loner hero that gets me every time.

His character is also mesmerizing, pulling you along with him on both his literal journey of monster-hunting and on his existential journey of self-discovery. Y’all should know I’m a sucker for existential journeys of self-discovery. It’s pretty much what I write about, what my job as a therapist is about, and what I think about a good deal of the time. The three main characters start the show knowing who they are, then come to question and alter their sense of identity. They grow and change, gaining insight and awareness about themselves and their world, shaping their own sense of self and the way we see them.

The characters are constantly wrestling with the question of free will. Is there such a thing as destiny? Do we have free choice or does destiny ultimately dictate our actions? Are some things simply meant to be, no matter what we do? These same questions are what I loved about Lost, back in its day. It’s also the theme of my novel FIVE DAYS, a story of a completely different genre, told in a significantly different way—no sorcery or dragons, in San Francisco rather than The Continent. It’s an ancient and universal theme, told many times in many ways because it never stops being worthy of exploration.

In case I haven’t sold you on the show yet, let me add another dimension…it’s very funny. Lots of dry sarcasm and under-the-breath hilarious comments and responses. Great acting and dialogue and character arcs and stories. Oh, and a love story that is both sexy and cute. (You get why I can’t resist, right?) I will let you know that there are also sword fights and monsters and magic, so if you don’t like that stuff, it might not be your thing.

What I liked most about this show, though, is that I needed it. I needed escapism—a break from this messy world and a complete immersion into a different messy world—a world that actually has all the same struggles as this one (okay, maybe not the dragons) but is decidedly other. Stories like these transport us to another time and place, allow us to think about deep and meaningful issues but from a spectator’s vantage point rather than as a slogging participant.

One last thing that’s important to mention is that I’ve had awesome conversations with my boys (who watched the show a month ago) about all of this…the nature of destiny versus free will, how we arrive at our sense of identity, what exactly did Geralt wish for from the gin and does it matter. I love any piece of work that inspires such rich discussions and keeps me contemplating for days.