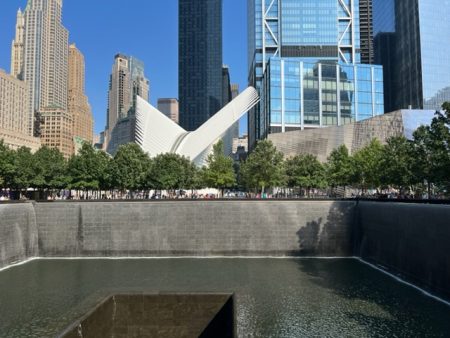 I am just back from a week in New York, a trip to my home state that evoked some particularly vivid memory moments, the first of which occurred on my drive from the airport.

For logistical reasons that would be boring to write about and even more boring to read about, I drove from JFK (worst airport in the world, by the way, avoid it at all costs!) through my old stomping grounds. For those who don’t know, I lived most of my first 19 years of life in Tomkins Cove, NY, but nobody I’m close with lives there anymore. I haven’t been near my home town for about a decade. So driving north on 9W was a sentimental journey for me.

Ken and I drove past Rockland Lake, where we met. We both worked there in the summers during high school and college. We met when I was 16 and he was 20, but didn’t start dating until two years later, when I was 18. Been together ever since. Thirty five years! We haven’t been back to that spot together since we left New York. And it all looked exactly the same! Other than Ken and I, of course! We look a bit different. But the lake and park looked exactly the same.

Continuing up 9W there were beautiful views of the Hudson River that I remember vividly. I remember loving that drive to work every day in the summer when I was a teenager. Certain corners and buildings and houses were exactly as they were decades ago. Some things had changed, of course, but I was sentimental about all that was now as it was then.

Including and especially Hoyer’s, where I went for ice cream after every band concert and school awards ceremony and dance recital…along with the rest of the town. That ice cream store has been there for at least fifty years! And it tasted as delicious as ever. Chocolate soft-serve with chocolate sprinkles.

The next memory moment for me was when I headed back to the city, after my upstate relaxation, and visited the 9/11 memorial and museum for the first time. I have avoided it up until now because I knew how sad it would be (and I was right). But I had a free afternoon to myself in NYC and felt like this was the right time to face the tragedy.

I started crying before I even arrived, as I walked down the block toward where the twin towers stood and fell, and I cried for literally the next hour and a half. Score one for masks, which helped hide the extent of my sloppy tears. The museum was beautifully done, a respectful tribute to those who died and a raw historical representation of what happened that day.

The thing for me was that I felt everything I felt that day when I walked down that block. When I walked into that museum and saw the displays and watched the overview film. I felt the devastation and heartbreak that I felt that day, remembered my morning watching TV as the second plane hit and the buildings fall, first one and then the other. Remembered feeling the way Obi-Wan Kenobi does in the first (or fourth, depending on how you count) Star Wars movie when Alderaan is blown apart…that force feeling knocking him over when he experiences all those deaths occurring at once. It was palpable in my body then, and it was equally palpable in my body a few days ago at the museum.

So that was not a fun memory, but it does illustrate the truth that memories are stored physically in our bodies. This one certainly was, and is, and forever will be.

But now let’s transition to my last memory moment, which is all fun and goodness. I spent the last two and half days of my New York trip with my college besties, Laura and Serena. Another pair of relationships that I’ve had for thirty-five years. And instead of this making me feel old, it only makes me feel happy and grateful. Because every time we’re together (which is not very often…every few years at best), it feels like we just got back from class and are picking up the conversation where we left off. Time does not exist when I’m with them. It’s magical, actually, because we really aren’t that much alike. We probably wouldn’t meet each other or become friends now. And yet at some core level that matters more than jobs or kids or interests or how we spend our day-to-days, we know each other, see each other, accept each other and love each other. I feel like a college kid and a full-grown adult at the same time when I’m with them. I am all the parts of myself at once, which is a beautiful thing.

Past and present at once. Memory and the current moment. Sweet nostalgia.